The new Beijing South Station is an important upgrade of a 109 years old station, known by the name of Yongdingmen Railway Station. It is one of four Asia's largest railway stations and is designed to serve a multi-modal transportation hub, accommodating high-speed intercity networks, suburban trains, taxis and two underground lines. Natural ventilation and solar system are a key features of this building. The central roof is composed by a 30,000 m2 skylight providing daylight into the stations departure hall. Along the perimeter, high solar performance glasses is used along with a 30% of thin film PV glasses with CIS technology. The PV modules are arranged alternately with clear glass creating a pattern. 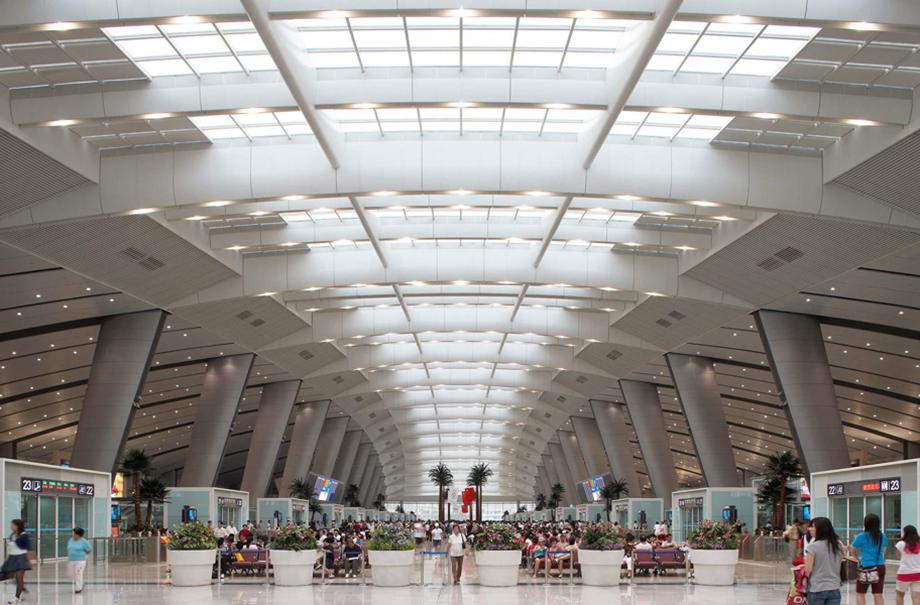