The Erni House  is a private mono-family house in Untersiggenthal. It is Minergie labeled. Beside to the general energy efficiency of the envelope, the building is  characterized by a completely energized roof. PV integration is extended  to the whole  roof surface in which solar tiles replace the traditional tiling layer. Two skylights are placed within the solar surface and there is a chimney around which solar panel are removed due to the shadowing. The project received  the 2011 Swiss Solar Prize. 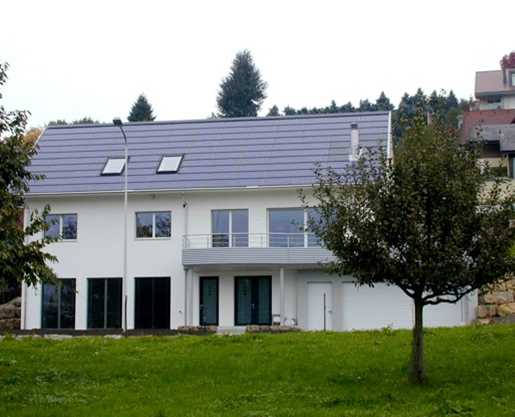 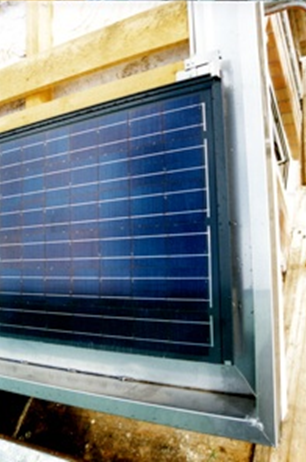