The present need to, dramatically, increase the renewable part of our energy supply is now pushing to maximize the Photovoltaics (PV) use on the building skin, thus making aesthetical and building integration a key issue of contemporary architecture. Moreover, even if there are already several nice examples in Switzerland, until today photovoltaic installations on buildings have been primarily built for the production of energy, putting this way the aesthetic and functionality of architectural design in second place. The European Directive 2010/31/EU establishes that starting from 2020 all new buildings will have to be Nearly Zero Energy (NZEBs). In Switzerland this directive is already implemented by the Minergie-A standard. This will have an impact both in the building design (passive strategies, appropriate materials choice and systems efficiency) by reducing the energy demand by the building itself, and in the diffusion of renewable energies on-site (such as Photovoltaic or Solar Thermal) , which will produce the remaining part of energy needed. Given the growing popularity of solar technologies, in particular of PV systems, it is necessary to prevent their indiscriminate use in building. It is therefore appropriate that professionals working in the construction process know they can rely on the most innovative offer of PV technology: the constructive and architectural integration of photovoltaic elements (BIPV). Being both a part of the building envelope/system and a power generator, BIPV systems permit to reduce the initial investment costs, the material and the necessary labor for the set up in comparison to a traditional construction where PV modules don't replace traditional building elements.
BiPV is a multi-functional technology that can be optimally adapted on both new constructions and existing buildings. Thanks to the on-site exploitation of the PV technology the amount of grey energy needed for the realization of the system building + photovoltaic system is reduced. The use of non-renewable energy sources and / or fossil fuels as well as greenhouse gas emissions is also reduced. This allows the BIPV technology to be one of the sectors of the photovoltaic industry with the highest growth rate.

The acronym BiPV refers to systems and concepts in which the photovoltaic element takes, in addition to the function of producing electricity, the role of a building element. In recent years, the integration of modules in architecture is strongly evolving. New BiPV products, with their sizes and characteristics, are able to fully replace some building components. By BiPV  element we mean a building component used as part of the building envelope (covering element of the roof, facade cladding, glass surfaces, etc.), sun protection devices (shading), architectural elements or “accessories" (such as canopies, balcony parapets, etc..) and any other architectural element that is necessary for the proper functioning of the building (e.g. visual and acoustic shielding). This definition excludes therefore building "independent" or “overlapped” installations such as PV modules simply placed or mounted on pre-existing roofs or other PV systems merely attached to parts of the building that do not assume other function than the solar power generation. These solutions represent most of the photovoltaic surface installed today.
Beyond the strict sense of the BiPV concept, at building scale, there are also PV plants integrated in urban and transport structures (independent shelters, shelters for vehicles, sports or play facilities, bus stops, etc.) as well as at landscape scale.

The BiPV concept, as typical in building and architecture, involves two complementary aspects. The first one is the multi-functionality of the solar component that is the functional/constructive integration. On the other side there is the aesthetic integration that is the architectural quality of integration. Contrariwise, in the wide scale application of PV, the concept of “application” instead of “integration” has been predominant until now. In many cases, in fact, “solar panels” are simply overlapped onto the building envelope as an extraneous component, without satisfying any building requirement or function. Likewise, even in most cases representing a correct functional integration, the architectural quality is not always considered as a significant requisite of a BiPV system and, unfortunately, it almost seems to be a design special quality. This is a result of a partial design approach where a disciplinary specialization prevails a more comprehensive and aware overview of the building concept. “My expectation is that such panels will be integrated into the very fabric of the walls and roof and the shape or form of the buildings will also be sculpted by the solar cycle to maximize the input of its energy. I’ve never seen a conflict between the pursuit of aesthetic delight and high performance in terms of sustainability” (Lord Norman Foster, Swiss Solar Prize 2010, SolarAgentur, pp.3-4).
Accordingly, a BiPV component must firstly fulfill an additional requirement (or have an additional function) besides energy production. The PV layer/component cannot be autonomously removed from the building without compromise any technological/constructive primary requirement of the layering underneath or the whole building (that is, for definition, incomplete without the PV component).  Furthermore, beside to this functional/technological role, it is important to encourage project developers (primarily the architects) to take care both of technical aspect as well as of aesthetic and architectural ones, to increase the acceptation and the quality of the decentralized systems for energy production. The building and urban quality of spaces characterized by PV is closely related to a complex combination of functional, constructive, energetic and aesthetical aspects. 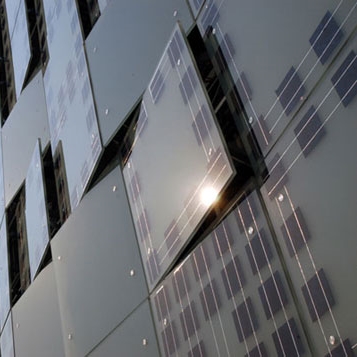 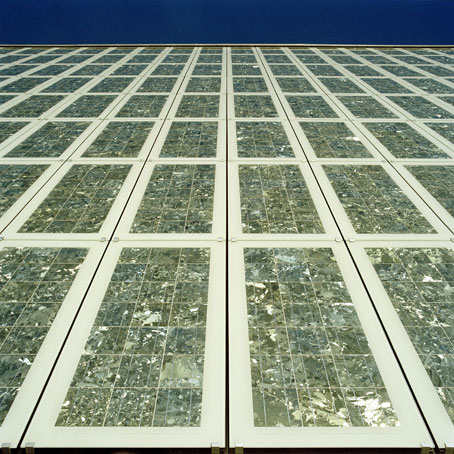 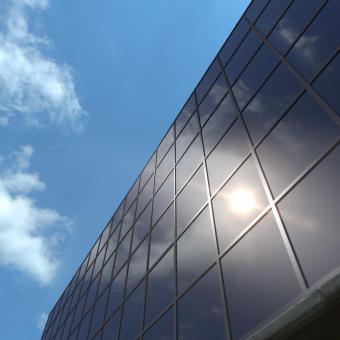 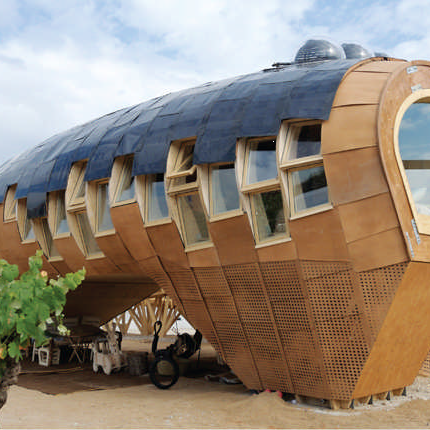 At building scale, thus, two main types of integration can be identified.

A functional integration refers to the role of  PV modules in the building. For this reason we can speak about multifunctionality or double function criteria. Photovoltaic modules are considered to be building integrated, if they consist a building component providing a function as defined for example in the European Construction Product Regulation CPR 305/2011. The building's functions in the context of BiPV may be one or more of the following aspects:

- weather protection: rain, snow, wind, hail, UV radiation;
- mechanical rigidity and structural integrity;
- thermal and solar protection such as shading/daylighting;
Thus the BiPV module is a prerequisite for the integrity of the building's functionality.

The aesthetical integration on the other hand refers to the building concept and appearance and is more difficult to be defined in a unique way. The aesthetical (morphological-figurative) integration  has to be understood as the PV capability to define the linguistic/morphological rules governing the structure and composition of the building architectural language. In contemporary architecture the image is one of the first factors of recognizability of buildings and a new specific path of innovation is more and more linked to  “Solar Architecture”.   Anyway, any aesthetical definition cannot determine with certainty and objectivity what is beautiful in terms of integration, but can help architects and building owners to define useful references. All the PV  characteristics affecting the building’s appearance (i.e. system formal or material characteristics) should be coherent with the overall building’s design, for example (Source: IEA T.41.A.2):

- the position and dimension of the modules have to be coherent with the architectural composition of the whole building
- the PV module visible material(s), surface texture(s) and colour(s) should be compatible with the other building skin materials, colours and textures that they are interacting with.
- module size and shape have to be compatible with the building composition grid and with the various dimensions of the other facade elements.
- jointing types must be carefully considered while choosing the product, as different jointing types underline differently the modular grid of the system in relation to the building.

In the BiPV perspective PV is progressively entering within the alphabet of contemporary architecture and architects, similarly to any other building material.

In the BiPV perspective PV is progressively entering within the alphabet of contemporary architecture and architects, similarly to any other building material. For this reason some current basic and common design rules should not be mandatory followed to the letter as they might break up the ongoing innovation path in architecture with “stylistic” constraints that are often unlinked from a context. Today, for instance, as no architect  would agree with the definition of a general code regarding the rules for the assembly of windows within a façade, as it is no thinkable to solve the BiPV challenge, within the contemporary architecture field, through the claim to define simple instructions of “good” architectural design.  A plenty of international examples are available as a useful reference and is already possible to outline a first evaluation of the architectural quality concerning BiPV.

The reduction of energy consumption and the use of renewable energy are becoming more and more important in terms of sustainable development in the field of architecture. In this context, the architect has a very important role as he acts as a consultant to customers. In the age of Nearly-Zero Energy Buildings, he has the obligation to inform them about the advantages of energy-efficient buildings that can dramatically reduce the energy demand (with relative environmental and economic costs) and run with renewable energy. Thus, the architect has required to possess the knowledges and the necessary tools to promote  BiPV. It is necessary to understand and consider the possibilities, the obligations, the benefits and the drawbacks of a BiPV project. If BiPV is properly considered since the early design phase, the architectural design can become the way for ensure a better integration of PV from the aesthetic, constructive, energetic and economic perspective.

Respect of PV's fundamental rules
The PV system must of course meet the criteria of efficiency in energy production, particularly with regard to positioning and orientation of the modules and the absence of shading (Requirements).