The multi-functional sports hall is characterized by four different facades that are an integral part of the building's concept. A modern climbing wall forms the north-western facade, facilities for streetball, skating and skateboarding are placed along the south-eastern exterior wall. The south-western wall is taken up by photovoltaic elements. PV wall, thanks to the special modules composed by green coloured crystallin cells onto a white background,fixed by a point fixing system,  appears well integrate  with the surrounding natural environment. The Paul Horn-Arena has been awarded with the Hugo - Häring - Prize in 2009. 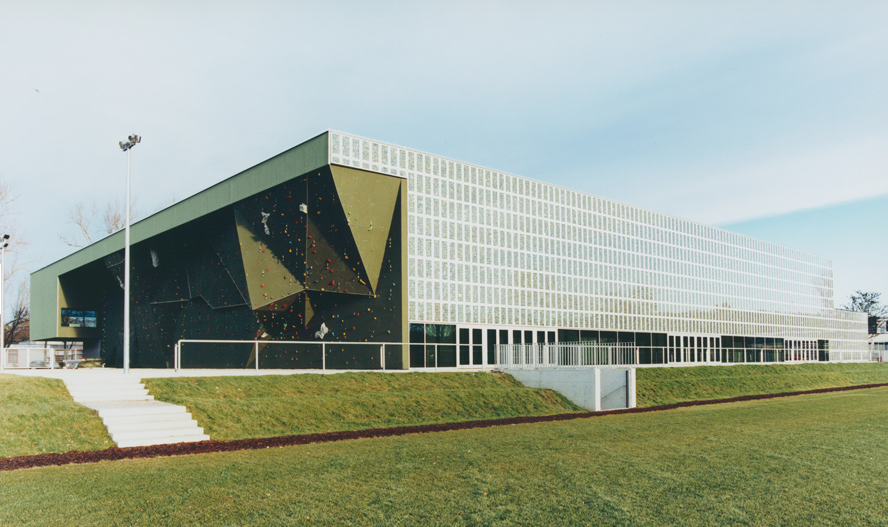