A good module ventilation  helps to keep down its temperature. When the temperature of the module increases, therefore also the temperature of the cells, there is a reduction of the voltage and power delivered by the system. For mono or multicrystalline modules, the temperature has negative influences on the delivered power with temperature coefficients that vary from approximately -0.4%/°C until -0.5%/°C. There is therefore essential to ensure, whenever possible, passive ventilation on the back of the module that favors the cooling.
The same applies also for the thin film modules, however, usually the temperature has less influence on the power. The coefficients for the amorphous silicon technology vary from approximately -0.1%/°C until -0.2%/°C (depending on the type and the materials). For other technologies, like the CIS and CdTe, the coefficients have variations between -0.2%/°C and -0.5%/°C. With respect to other thin film technologies, the thermal behavior of the amorphous silicon technology is better suited to a thermally isolated BiPV system.

The percentage of loss of power can be up to 10% when the module is not ventilated. For the minimum power loss, a distance of 15cm between the module and the facade is recommended (the data presented are based on an ambient temperature of 40°C). 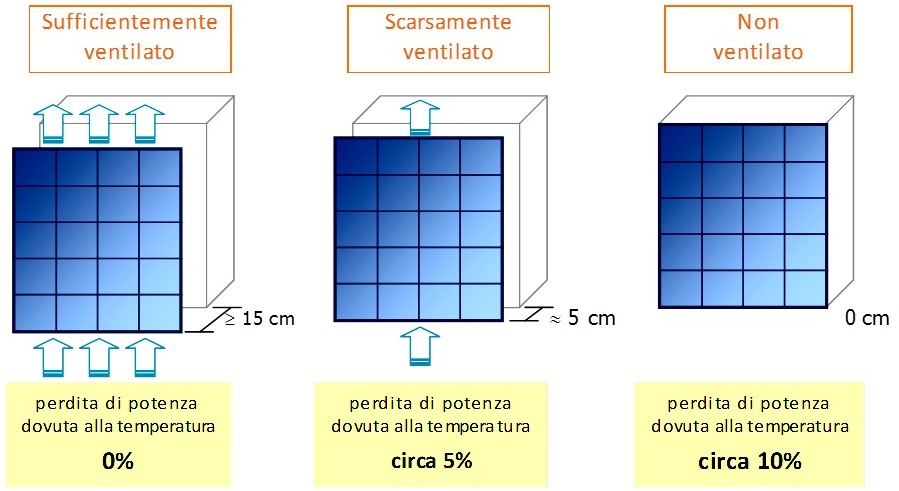