The  Status Report 2017 on BIPV, a joint publication of  the Swiss BIPV Competence Centre of SUPSI with SEAC (Solar Energy Application Centre) is ready! The report addresses the status of the BIPV product portfolio in Europe. The central part is a database of commercially available BIPV products, along with the innovation trends, a cost analysis and some pilot examples. You can download here. 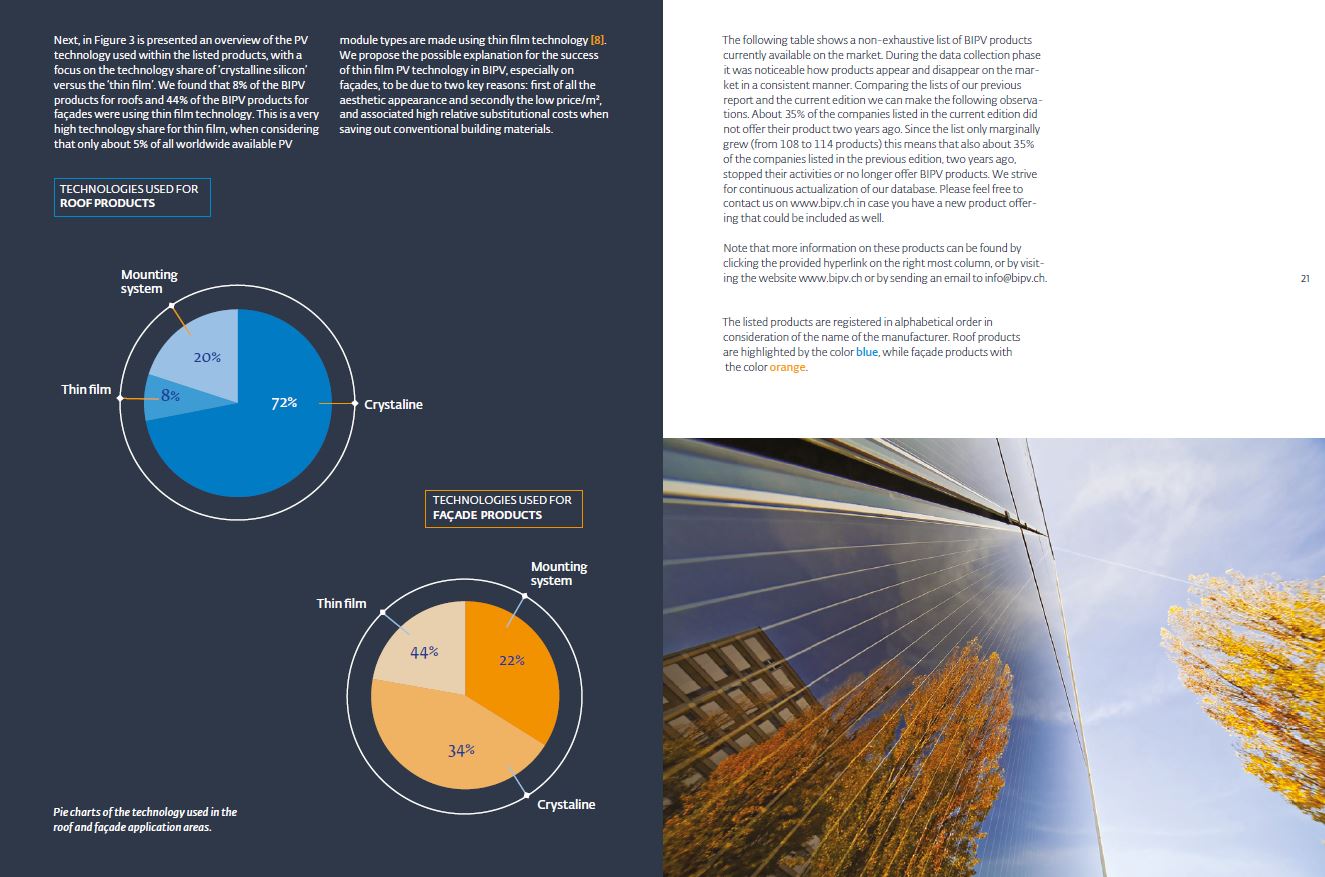 The Institute for applied sustainability to the built environment (ISAAC) within SUPSI will be part of the interdisciplinary team that will participate in the pilot project for the global solar planning at the urban level in the City of Carouge (Geneva Canton), Swiss heritage site of national importance. This project aims to better reconcile solar installations with the protection of the built heritage, with the aim of promote a quick spread of solar technologies, in the building environment in response to the objectives of the Federal Energy Strategy 2050.

The final version of the Status Report on BIPV, a joint publication of  the Swiss BIPV Competence Centre of SUPSI with SEAC, can be downloaded here. The report addresses the status of the BIPV product portfolio in Europe. The central part is a database of commercially available BIPV products, targeting architects and other stakeholders in the BIPV market. Furthermore the report contains a classification of BIPV products, information on BIPV pricing and a number of BIPV project highlights in Europe. 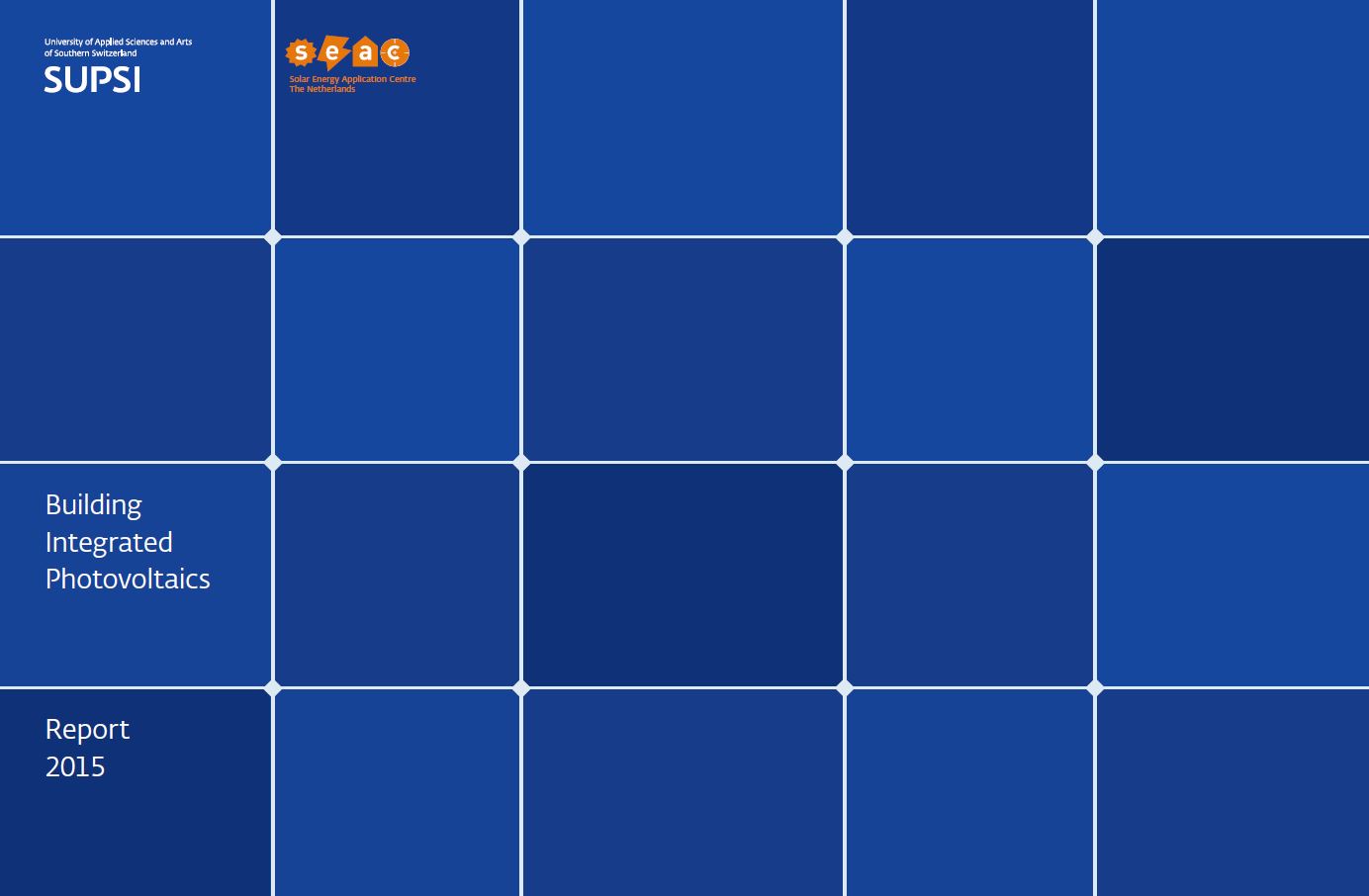 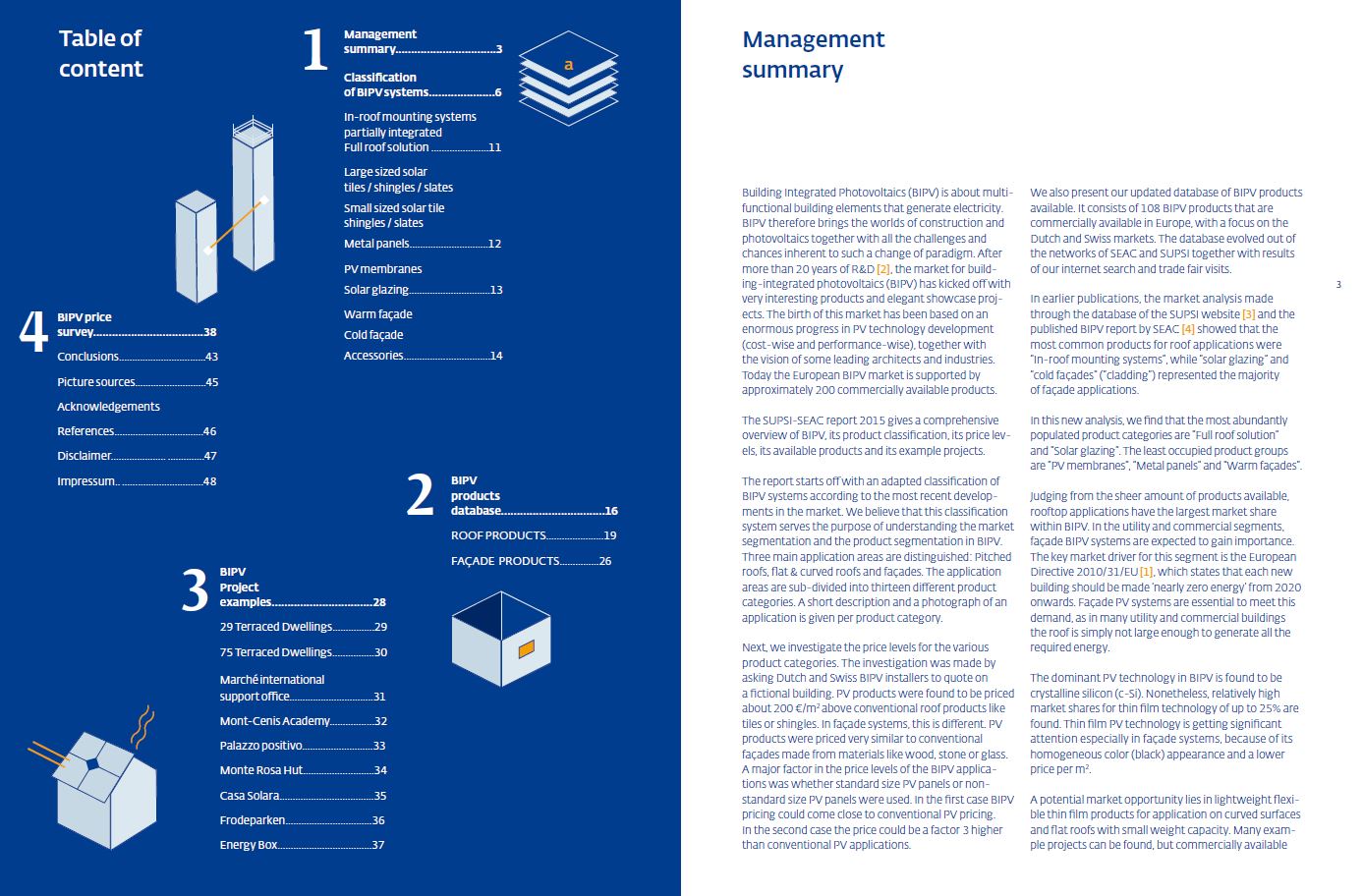 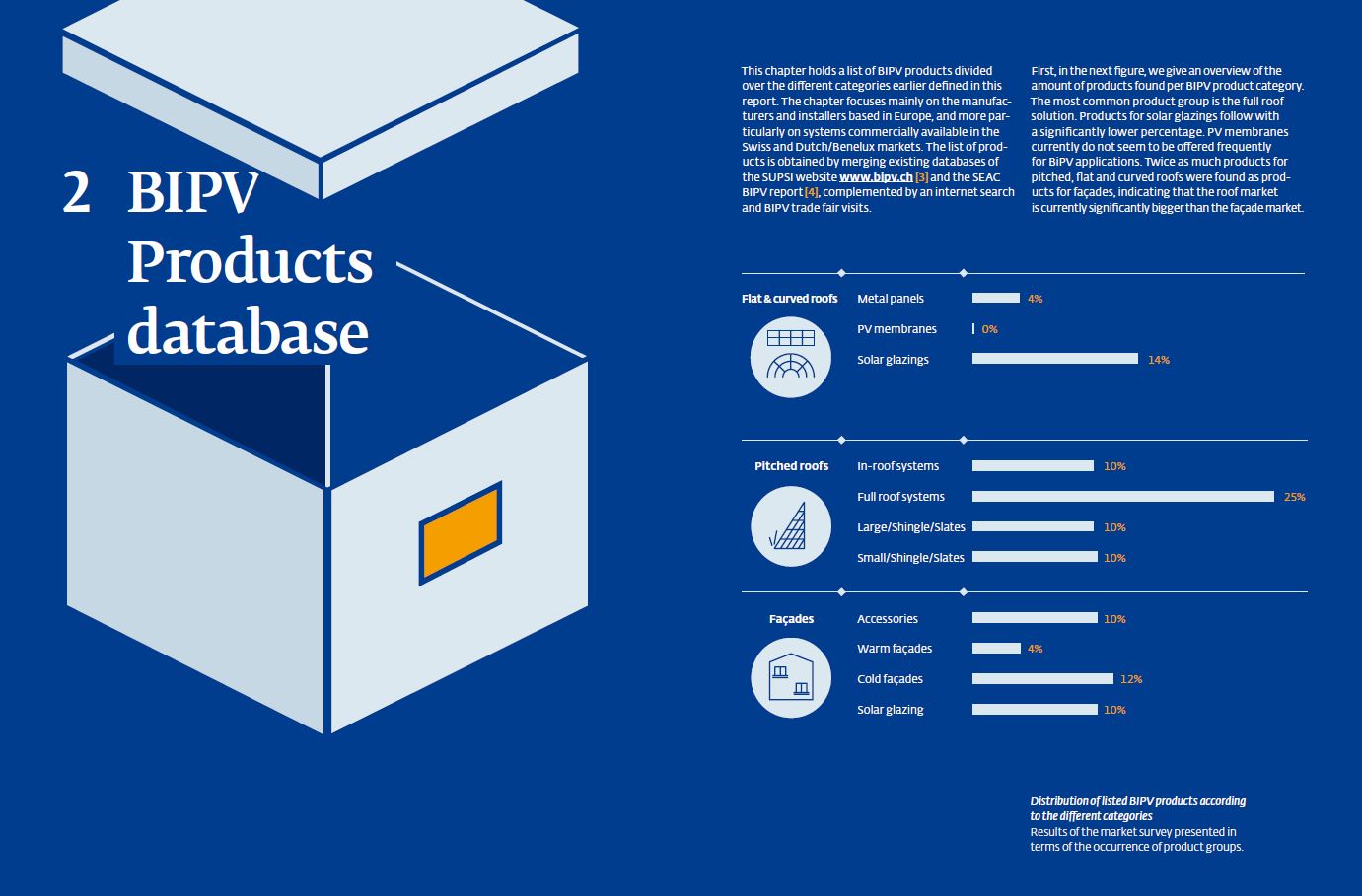 On the 20th and 21st of October 2015, a Construct PV  Meeting will be held in Lugano at SUPSI Campus. Construct-PV aims to develop and demonstrate customizable, efficient, and low cost Building Integrated Photovoltaics (BIPV). The project,  involving selected partners leaders in PV and building sector, defines an integrated approach that streamlines the value chain. Demonstrators, real case-studies and next events are presenting the first results. During these days the Parners will visit the small outdoor test facility recently installed along with the other demos of the research institute among which the oldest grid connected PV system in Europe, the 10kWp TISO hosted in the SUPSI Campus. A tour at the Swiss PV Module Test Centre in Lamone, where SUPSI performs the tests for PV qualification, will be organized as well as a small seminar/conference with students and other stakeholders as a small parallel event for disseminating the project. More information at: www.constructpv.eu

A session dedicated to Construct PV will be held at the 10th Conference on Advanced Building Skins in Bern, Switzerland. The aim of the conference is to contribute to a multidisciplinary, integrated planning approach by architects, engineers, scientists, manufacturers and the building industry to reduce energy consumption of buildings. The annual international conference will attract 400 participants from over fifty countries.

The special session “Building Integrated Photovoltaics from design concepts to real buildings in different stakeholders” will be divided into two parts. The first part of the session is dedicated to five presentations from different stakeholders with experience in the BIPV field. In particular we envisage having four presentations from partners working on Construct PV (www.constructpv.eu) project and two presentations from other experts coming from the façade industry and from the building market. The second part of the session will be opened to the audience for discussion and for networking activities, aimed also to identify possible new research topics to be investigated in the next years.

The session will show the approaches of different stakeholders involved in the process of developing and “using” BIPV components. In particular: architects, BIPV modules manufacturers, building components manufacturers, building construction companies, and research institutes devoted to the investigation of PV. The different speakers will discuss and debate on the main chance of BIPV to really become a driven force in the design of new nearly- Zero Energy buildings andin the retrofit of existing buildings. Furthermore the market situation and the perspective of BIPV will be presented together with the present limits in the European standards.

The session is expected to attract experts and industries interested in the last developments of innovative BIPV and new technologies as well as those who are interested in strategies and tools. This is a networking occasion to build up a common shared background in view of further research and developments, steps that should adhere to the European design and energy standards. Such networking will be promoted through a Q & A time, during which the audience will interact with the panellists.

For more information about the conference, please visit the website www.energy-forum.com

Last Friday, SEAC (Solar Energy Application Centre) presented, during the “Bouwend Nederland bestuurdersdag” in Utrecht, the 2015 edition of the BIPV status report. SEAC director Folkerts presented the first copy of the report to Maxime Verhagen, chairman of Bouwend Nederland, which is the Dutch branch organization for the construction and civil engineering sector.
This year, the report is a joint publication of SEAC with the Swiss BIPV Competence Centre of SUPSI. The report addresses the status of the BIPV product portfolio in Europe. The central part is a database of commercially available BIPV products, targeting architects and other stakeholders in the BIPV market. Furthermore the report contains a classification of BIPV products, information on BIPV pricing and a number of BIPV project highlights in Europe. The report can be downloaded here. 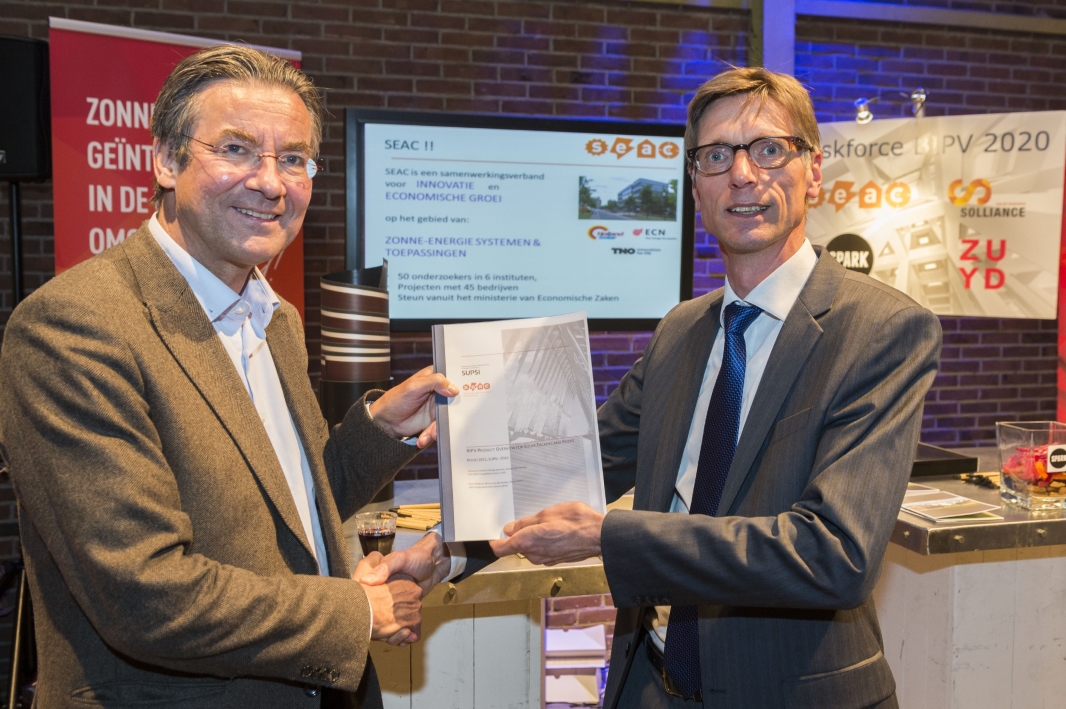 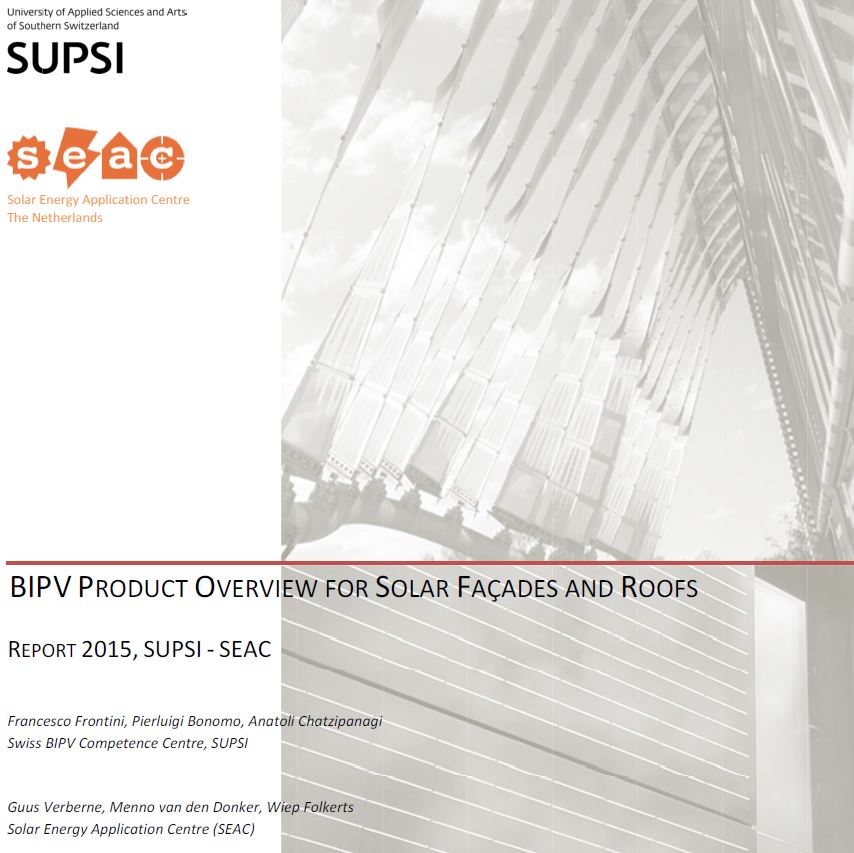 The workshop aims to analyze the topic of BiPV through the perspective and the overview of contemporary architects, BIPV manufacturers and researchers collecting their feelings and their visions about limits, challenges and potentials of PV technology in solar and sustainable architecture. Some international architecture practices are attending the event.

Here you can download the program and the presentations 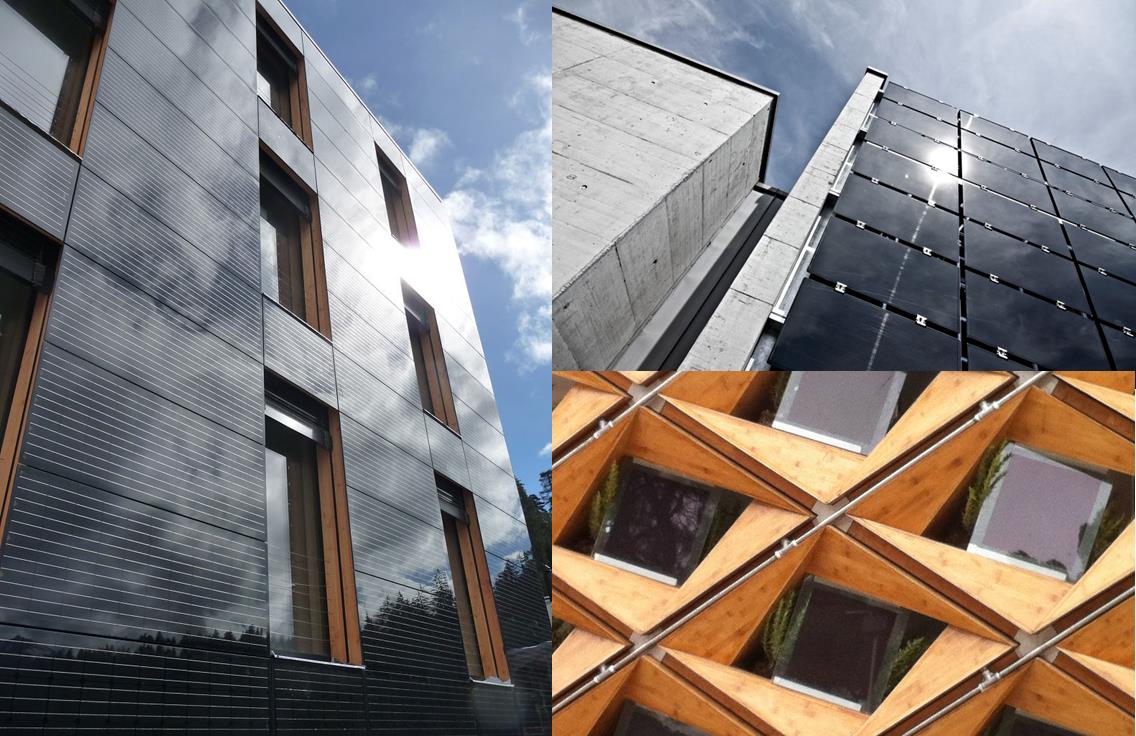 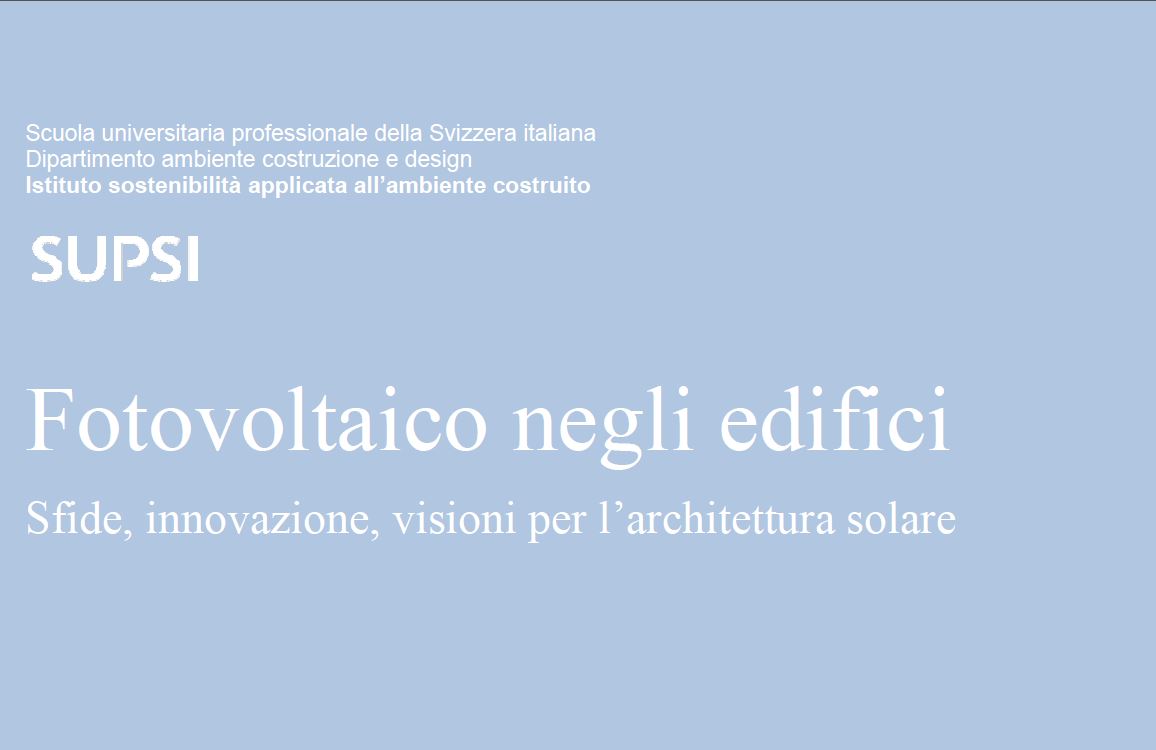