Since many years, the use of solar technologies in the building is called by the community “Building Integrated”. More in particular, either BiPV (for Photovoltaic) or BiST (for Solar Thermal collector). In the “BIPV vision”, PV is not only a technical device (like an air conditioning splitter or a TV parabola) producing electricity that has to be implemented onto the building but is a functional/constructive component replacing a traditional building element (such as a window, a cladding or an architectural element) that is also able to generate energy. Building Integrated Photovoltaics (BiPV) refers to all PV products/systems that are part of the building (such as the envelope) and therefore become a basic functional and constructive element of its conceptual and constructive structure similarly to a conventional building materials. BiPV is therefore a multi-functional technology that can be optimally integrated in both new and existing buildings. 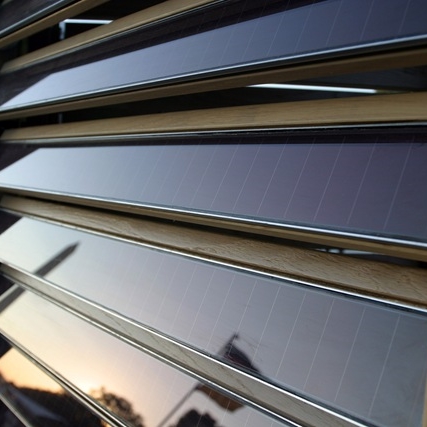 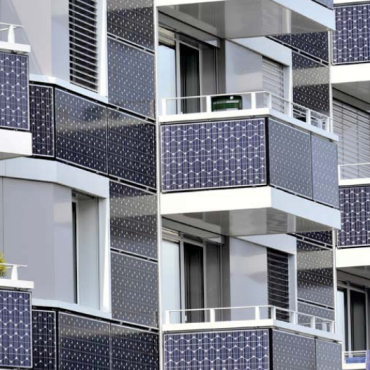 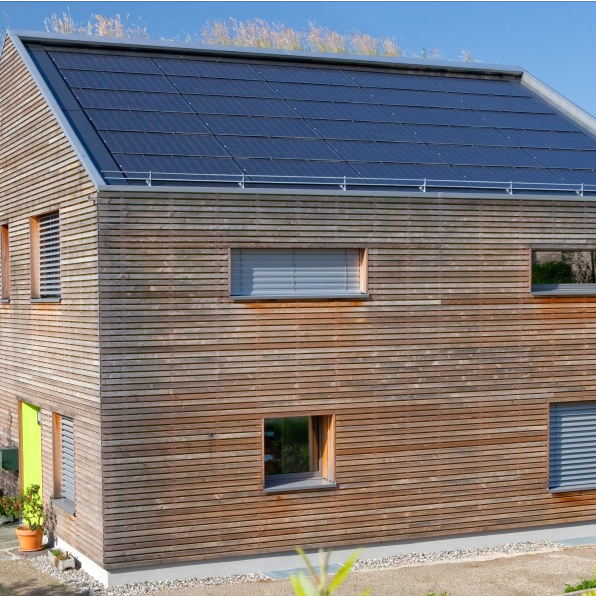 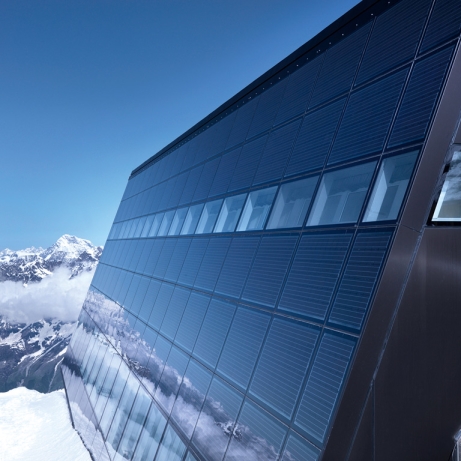 PV systems are generally considered to be building-integrated, if the PV modules replace a building component providing a function as defined for example in the European Construction Product Regulation CPR 305/2011. Thus the building function of PV (that represents its multi-functionality) is a prerequisite for the integrity of the building’s functionality. If the integrated PV module is dismounted (e.g. in the case of structurally fixed modules, dismounting includes the adjacent building component), it has to be replaced by an adequate building component able to satisfy the same technological requirements (e.g. water-tightness, mechanical resistance, etc.). This basically means that the BIPV component cannot be simply mounted onto a traditional building envelope (e.g. roof or façade) as an added surface only satisfying some secondary building requirements (linked  to the passive role of the overlapped PV modules). In other words PV layer cannot be autonomously removed from the building envelope without compromise any technological/constructive primary requirement of the layering underneath or of the whole building envelope (that is, for definition, incomplete without the BiPV component). A BiPV module/system can be used for example as:

Furthermore a BiPV system, as a normal construction work, must be generally designed and built in such a way that it do not present unacceptable risks of accidents or damages in service or in operation as a whole and in their separate parts for persons involved throughout the entire lifecycle of the building. Therefore the BiPV system, depending on the specific context, has to satisfy basic requirements for building component such as mechanical resistance and stability, safety in case of fire, hygiene and health of people, safety and accessibility in use, protection against noise as well as energy economy and sustainable use of natural resources. Likewise inherent electro-technical properties of PV such as power generation, yield, electromagnetic shielding etc., do not qualify alone, by themselves, PV elements as building integrated 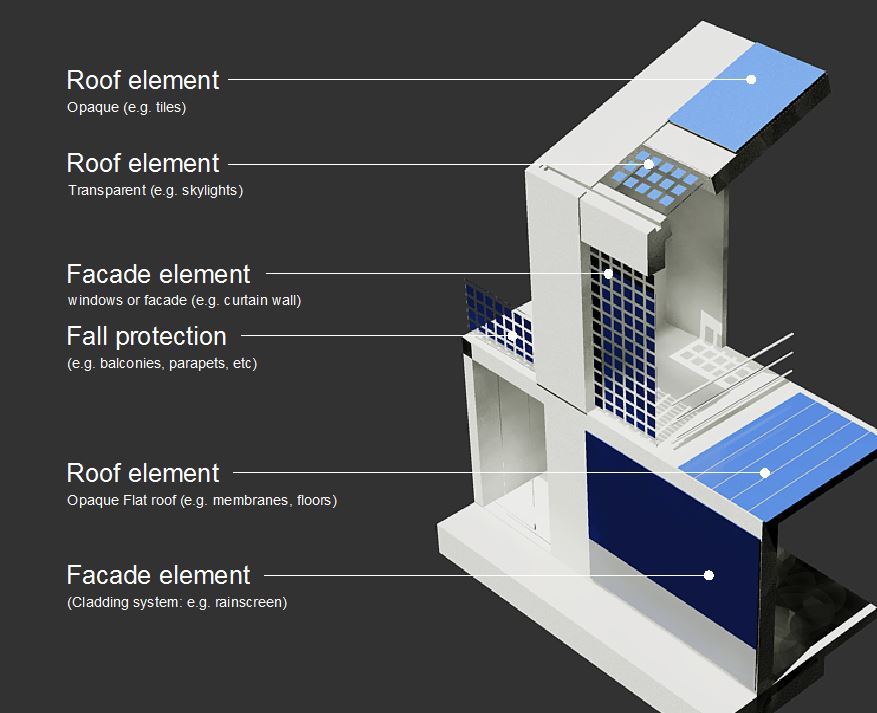 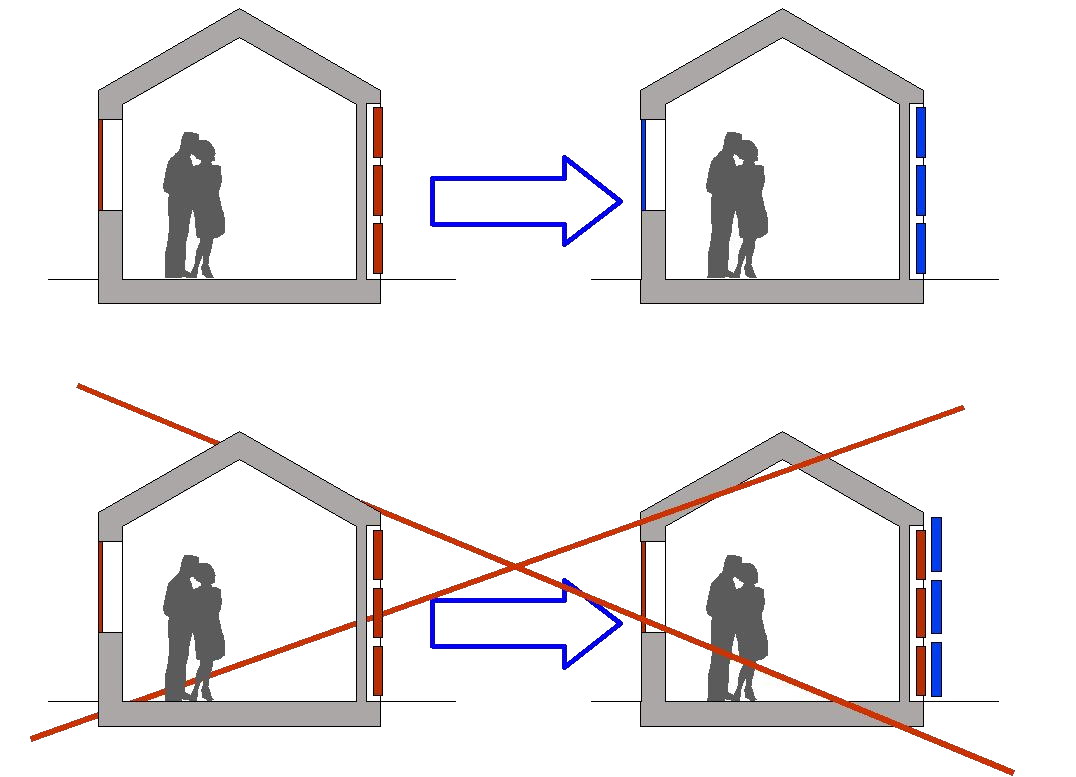 See the database of BIPV products

Integrated PV plants have the function, besides to produce electrical energy, to ensure the weather or thermal protection or to protect against the falling risks.
The directive defining the criteria for feed-in remuneration of Building Integrated Photovoltaic has been published since 03/04/2014 by Federal Office of Energy.